Besides YA literature, which is the target genre for my WIP manuscript, I read from others as well. I’ve read a few other books by MFA degree holders, aiming to absorb elements of their writing styles, which I expect to be more artistic and land with a sort of “oomph.” What We Lose by Zinzi Clemmons was a challenging read because of the untraditional narrative structure, as you’ll see in my review, but I learned about a race different from my own, as well as experienced an emotional impact. That is extremely valuable.

I’m not going to lie, I was definitely intrigued by the beautiful cover of this book (as well as its title). The premise then reeled in the rest of me. As someone who’s also lost a parent, I wanted to see how Clemmons describes and weaves a story tinged with grief. The elements in the narrative itself, about how the semi-autobiographical protagonist observes her mother dying and then spirals after her death, aren’t entirely outlandish, but the style this book was written in has off-put some readers. It’s split into three parts, interspersed with long quotes, single-sentence pages, and even graphs (nothing too crazy, don’t worry). At times it does feel disjointed, so that I had to ask myself, “where is this taking me?” Altogether though, it makes this book a truly artistic work, a statement. I can’t say I’ll want to read too many books in this style, but it worked for me here. Besides grief, this book delves into topics of race (very piercing observations), relationships, and sexuality, just at a breakneck pace sometimes.

However, as Clemmons is an MFA grad, you can expect top-notch, piercing writing throughout. I’ll end my review with a non-spoiler-y quote from near the end of the story that hit me in the gut: “Some things have to go away, I tell myself. That is just the way it is.”

Hey y’all, this short review attempts to crystallize the major things I loved about Sarah Dessen’s The Truth About Forever. For those not as into YA lit, she is better known as Queen Dessen for the breadth of her work (at least 20 books) over her career. And of course, each one sells like hotcakes! See below for why this should be your first Dessen book if you haven’t read her before. As before, this review can also be found on my Goodreads page.

This was not my first Sarah Dessen book, but it’s probably my favorite. I’ll be honest. I tend to view long books, especially in YA, with apprehension because I’m afraid there will be too much filler. Some other reviewers did feel this way with TTAF, but I’m of the opposite camp. What attracts me to Dessen’s writing is her ability to weave a vibrant, realistic story with characters that could’ve been pulled from your life, though of course maybe dramatized in some way. That’s what she’s done here (again) with Macy, her mom, sister Caroline, love interest Wes, new friends from her summer Kristy, Monica, and Burt. You get the picture. I felt the length here was justified to give enough color to Macy’s backstory (recounting when her father was alive, the recurring “gifts” that keep showing up on her doorstep) and set her up for her character’s growth throughout the book. Most of the detail is necessary for understand her or other major figures in her life, like her mom, so please bear with it if it feels like it’s dragging.

As for the ending? Wow, so much emotional payoff! While there are lots of readers who wanted to see more of Macy’s now-happier life, I appreciate how the ending just leaves us with her turning a corner. Personally, it’s more satisfying for me to imagine what’ll happen than to have all the resolution of angst explained to me. Hope that makes sense!

Hi all, as you know by now, I’m writing a YA contemporary novel, and part of the process (or procrastinating) includes reading other books for reference points! I picked up Words in Deep Blue by Cath Crowley after much browsing late last year, and here are my quick thoughts on it. Verdict? Give this a read for sure! You’ll also find this review on my Goodreads profile. 🙂

I’ve been reading a lot of YA contemporary titles to get inspired for working on my own. I don’t know how many others do this, but I browsed for a long time on Amazon (I’m talking almost twenty tabs open, people) before coming across WiDB, my next read. I was immediately drawn to the bookshop setting and the romance, especially since I loved both of these elements in Gabrielle Zevin’s The Storied Life of A.J. Fikry (beautiful tearjerker by the way!).

Overall I’m so very glad I took a chance on WiDB. The voices are very clear in the switching POVs between Rachel and Henry. The narrative and plot points themselves are very believable, but without being too predictable. I especially praise how Crowley wrote the interactions within Rachel and Henry’s families; multiple character scenes are so challenging to write, as I’ve learned! Finally, the ending is satisfying in the right ways, not just for the main characters but the well-developed side characters. Again, another feat!

I do have some of the same issues as other reviewers, most notably with the Amy character. I can understand that Crowley didn’t make her out to be appealing, but at some points I got so incredibly frustrated with Henry for continuing to be so infatuated with her! So much that I almost stopped rooting for him and Rachel to make up. Then I reminded myself that he’s a teenage boy, and I’ve also been susceptible to the same weaknesses before. Second, I also found it a little bit of a stretch for Rachel to hold her brother’s death the way she did in the book. I won’t spoil this but has been discussed in other reviews. It’s not a huge, huge issue, just required me to suspend disbelief for something besides a fantasy.

Give this a read if you love bookshops, a romance to root for, and a story on the quiet side but without any less emotional impact! 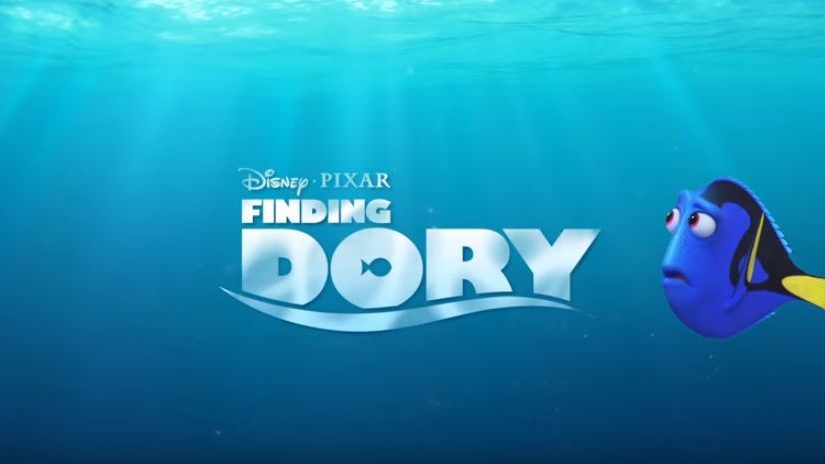 Last Sunday I attended an employee screening for Finding Dory, the long-awaited sequel to one of my generation’s beloved Pixar movies, Finding Nemo. Walking into any Pixar film, we expect an excellent story with bits of humor, sadness, and hope, as well as vivid characters who stay with us long after the theater. We, or at least I myself, don’t expect to feel uncomfortable at any point.

But that is exactly what I felt when the goofy sea lion character Gerald is introduced early on in the movie. The motif is that Gerald wants to join his fellow sea lions sunbathing on a rock, but as soon as he approaches, they forcefully bark him off. It seems my feelings are validated, since I’m not the first to comment on how the other sea lions interact with him:

Gerald’s scene stealing is altogether short, so I’m not saying that it detracted too much from the likability of the story. It hasn’t caused an outright backlash on the scale of the ire caused by Tilda Swinton’s casting in Marvel’s Doctor Strange, so no one’s calling anyone, for lack of a more descriptive word, “butt-hurt,” yet. It is surprising that Pixar included this “you can’t play with us”-type scene though.

I share the same worry as some of the above and other article authors that today’s kids, who’ll likely have a stronger bond with Finding Dory than its predecessor, may watch Gerald getting bullied (playfully or not) and decide that since it’s all in jest, it’s okay. Obviously, it’s not. I hope that kids (or adults!) don’t kick the Gerald in their lives off the rock.

Maybe I react this way because at some points of my life, and come to think of it anyone else’s life, we have been the Gerald or had a friend who was. He’s a little different in appearance, personality, and maybe mental ability from everyone else. When I started pursuing figure skating seriously as a tween, I was a little heavier set than everyone else. I wasn’t into the same celebrities, and I preferred Japanese rock over Justin Bieber any day. (He’s okay now.) I felt the exclusion that comes with a clique not willing to let you in, and it hurt my self-esteem at the time. There wasn’t any sea lion barking, but there were side glances, which are just as poisonous to a tweenaged girl.

As for the rest of Finding Dory, we all know the expectations for it were incredibly high, and the movie as a whole impressed me for the technical advances in animation and creative storyline. At times maybe a bit too creative, as I found it hard to imagine a whale shark jumping out of its tank and back into the ocean…

But the overall pieces fit into the ending so well that I was taken by surprise when the dots all connected. I can’t imagine the number of ways that were brainstormed for how to find Dory, but I sincerely loved what they came up with. Have you seen her yet?